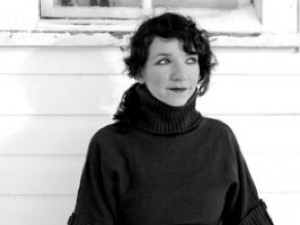 Fresh off the Tanya Tucker tour in Western Canada, Alana Levandoski is heading back over to the UK for the month of May. Touring with the likes of the Elana James Trio (Bob Dylan's violin player) and then Blue Rodeo in Ireland, she will then break for a holiday... the first one in 3 years. After spending the month of June in the Swiss Alps, the prairie troubadour will fly back to London where she will meet up with her band (consisting of Christian Dugas, Don Benadictson, Stewart Cameron and Ron Haldorson) to perform a live outdoor show in Trafalgar Square for Canada Day.

Levandoski will be coming home in early July to shoot her first video in Winnipeg which is being sponsered by Edun, a fair trade couture clothing company owned by Ali and Bono Hewson. The video is being directed by acclaimed cinematographer Margaret Melandruccolo.

It doesn't stop there either... as there are rumours of a Benelux Roots/Rock tour in October as well as a possible headlining tour with her band in the UK during autumn.