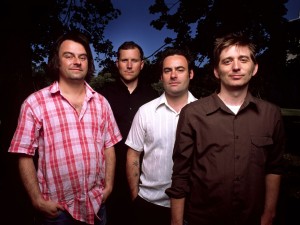 The Weakerthans will be hitting the road with seminal Canadian rock act The Tragically Hip for at least three Ontario gigs in June, including two dates at Toronto’s Fort York. This isn’t the first time the two bands have teamed up. In its first arena show ever, the folk/punk act opened for The Hip in Hamilton back on New Year’s Eve 2004, and during The Hip’s 2005 JUNO Awards performance (where it was inducted in the Canadian Music Hall of Fame) frontman Gord Downie sang a few lines from The Weakerthan’s track “Aside” to the delight of Winnipeggers everywhere.