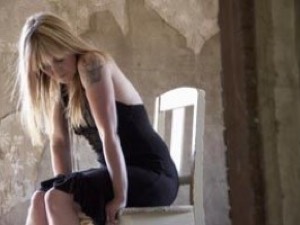 Hey!
Just thought I'd fill you in on the process of everything that's been going on for the last couple 'o' months or so…
My newest record "where we were" is almost finished being printed! It is being put out through Signpost music (Who have been AMAZING to work with) and is produced by Jordan Jackiew and co- produced by Brian James. We have INCREDIBLE players on this album - Ron Halldorson, Michael Longoria (Patty Griffin), Steve Bell, Brian James, Daniel Roy, Gilles Fournier, Matt Epp, Don Benedictson, Dave Pankratz (Quinzy), Scott Senior (the Duhks), Brent Warren, and we have some special appearances in vocals by Steve Bell, The Waking Eyes (Joey Penner, Matt Peters) Rescue Motorboat (Matt Epp & Alex Sannie) Ryan Boldt (Deep dark woods) Chris Lacey etc….
It was such an honor to work with all of the above who were ALL so gracious, talented and professional to work with.
Genre wise - it's quite a bit more alt-country/roots than the last record, a LOT more me as Brian and Jordan did a fantastic job of keeping the sound of 'where we were' true to who I was.
There are 14 Tracks on the album, 2 are covers - one is "By The Mark" by amazing bluegrass/roots artist Gillian Welch, and the other is a song called "If I give my soul" by Billy Joe Shaver which was redone by Johnny Cash.
I would say some songs lean towards the canadiana genre, and I have a few more pop/roots based songs as well. The production was different for every song based on the song itself…..I REALLY hope you enjoy this album. We had a lot of fun making it, and I can't wait for you to hear it!