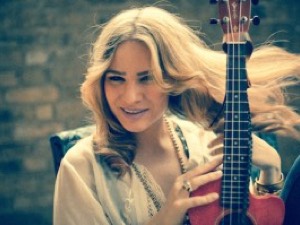 Listen to a couple of Brooke’s new songs on Sound Cloud:

Brooke Palsson is among Canadaʼs most talented up and coming singer/songwriters. With her soul soaked and soothing voice, complemented by her own sense of style on the ukulele, Brooke’s veritable vocals are matched only by her passion for performing. As a young women barely in her twenties, Brooke is accomplished beyond her years: Known Internationally for her work as a leading role in the HBO hit series Less Than Kind (seen nationally in Canada on the City TV network), the Winnipeg native has created a presence in the entertainment world having been invited to influential showcases across North America.

Although Brooke is an experienced actress, her greatest pursuit is her music, composing and performing original music since she was 12. Her music has been featured in television programs including the aforementioned Less Than Kind and Flashpoint (seen on CTV). The Willow is Brooke’s debut recording. It’s an eight track introspective of the heart’s journey through song, including the title track (leaving behind a broken relationship for a healthy one), “Play Along” (discovering the past of a new lover) and “Come Back To Bed” (learning to let go of a bad day).

Balancing both a flourishing acting career and blossoming musical endeavour with The Willow, Brooke, who lives in Toronto attending the Canadian Film Centre as part of the Actors Conservatory, is excited to return home to Winnipeg for her CD release.