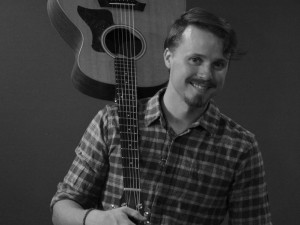 So much has been going on for Chameleon in the last few months it has felt like a whirlwind.  Here are a few of the highlights!

*  For the 2nd time in 8 months Chameleon has been selected as a featured spotlight artists on reverbnation.  After receiving the notice that June 24th would start the 1 week feature spotlight Chameleon was contacted by one of the A&R reps at reverbnation letting him know they were impressed with what they heard and were looking into commercial placements for his music.

*  More Chameleon music has recently been included in film and t.v. libraries.  Over the last year Chameleon has been involved in working at promoting him music for film and t.v.  Last fall during a trip to a network and media convention in L.A. he was in contact with several music supervisors who have followed up their talks by signing several of his songs.  It's an exciting step in a career direction change that he took over a year ago

*  Exciting collaborations are in the works.  Chameleon has worked with clients around the world providing a variety of production services, including vocal tracking, lyric writing, and production.  Here are a few of the more notable productions he is involved with:  Performing the lead character vocal for a new pop/rock opera that is in production with the notable Russian artist/composer Dmitriy Rybnikov and Grammy nominated lyricist Pamela Oland.  Collaborating on an ep currently in production with singer/songwriter Michelle Lockey, recent grand prize winner of the John Lennon Songwriting competition folk category.  Developing a new band with fellow Canadian Pedro Costa who is an artists who has had a great deal of success in placing his music in dozens of major television networks.

*  A new album is in the works for a hopeful release in fall 2014.  It has been an exciting year of writing new music and shortly after his participation in FAWM (February Album Writing Month) he had enough new material and the motivation of many enthusiastic fans to start the preproduction for his new album.