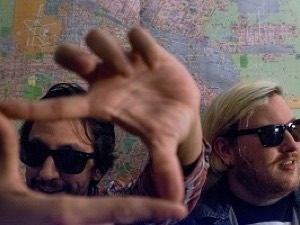 The Good Will Social Club is proud to present:

Advance tickets are $20 and go on sale Friday September 25th at Music Trader, The Good Will and Ticketfly.com

Cancer Bats have come to destroy. Fuelled by a burning desire to rage harder, play louder and have more fun than any other band, Cancer Bats mix hardcore, southern metal and punk rock into a lethal rock and roll explosion.

The band originated in May of 2004 with singer Liam Cormier and guitarist Scott Middleton, former member of Toronto metal band At The Mercy Of Inspiration. The two wanted to form a project that combined their favorite parts of bands like Refused, Black flag, Led Zeppelin and Down, among others. The lineup was rounded out with the addition of Andrew McCracken on bass and Mike Peters on drums.

The four-piece wasted no time writing and recording songs for a self-released EP that saw light in January of 2005 (later reissued on Oct 31 2005 on vinyl by Tragicomedy Records). With hundreds of shows, and many epic tours under their belts, Cancer Bats are eager to party in every city, town and metropolis that will have them.