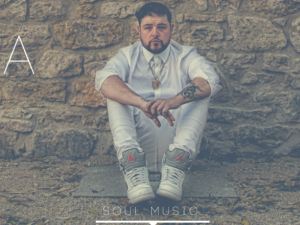 I’ve been waiting for over a year to drop this new music video and finally it’s time. The song represents some major changes I was going through over the past year. Those of you who know me closely know that this has been ongoing for me and it made me question everything, including music. I was stuck trying to understand why the music I was making was halted. I felt stagnant. I felt lost. During these times is when I feel you learn the most about yourself. We have to appreciate all of the moments including the ones where we feel the most lost and alone. This is when I decided that I had to make changes. The next little while I will be releasing music that I made during this period of self-reflection. I wanted to make art and felt that I was stopping myself because it didn’t sound or have the content that my fans grew to love. It made me realize one thing though, and that was that no matter what I make if you are a true fan – you will stick by me. My art is a reflection of myself and the self-changes. The music I will be releasing will be closer to how I feel. If I want to rap, I’ll rap. If I want to sing, I’ll sing. If I decide to pick up a guitar, I’ll do that. Nothing is going to stop me. Especially now that I recognize that I was the one stopping myself. No more hiding behind a rap name. No more feeling doubt. All it is now is pure art. If you like it, share it. If you don’t I won’t feel bad about it either because it’s just who I am. You don’t gotta love me.

Thank you for being there for these years and let’s hope we can walk this new path together. I’ll see you on the other side. I may have been lost – but now I am found.