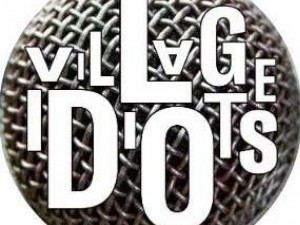 The Village Idiots are excited to announce season 4 of their hit web series Live at The Roslyn!  Live at The Roslyn is a show where fans can watch bands play full sets, from the comfort of their OWN home, on Facebook Live and YouTube. Bands can send in submissions, from now until October 20th, to info@thevillageidiots.ca. Please include a bio and links to video and audio of the band. All genres will be considered.

More Info About Live at The Roslyn:

Winnipeg, Canada - The Village Idiots are excited to announce that the fourth season of their groundbreaking web series Live at The Roslyn will begin in November 2019. Live at The Roslyn is a show where fans from all around the world can watch bands play full sets (and interact with them), from the comfort of their OWN home, on Facebook Live (and later uploaded to YouTube).  To date, they’ve completed 77 episodes over 3 seasons (totalling approx. 800,000 views!) that have taken them from an idea and an iPhone to a full 7 team multi-cam production...all in their living room!  They’ve been nominated for two 2019 Western Canadian Music Awards (Community Excellence Award and Impact In Live Music Marketing), named 2019 Promoter Of The Year (Winnipeg Nightlife Awards) and 2018 Event Manager Of The Year (Winnipeg Music Project). Season 4 is set to be their best yet!

“We’ve been music fans our whole life and always wanted to work in the music industry, however Winnipeg didn’t have many options for us. We began recognizing the evolution of music into the digital age and noticed how social media had connected us all throughout the world and was available to just about everyone. Instead of leaving Winnipeg, we decided to embrace this evolution and connect the world to us and the artists, via social media, and bring the show directly to their phones or computer screens. Easy, accessible and super convenient!  So, we created Live at The Roslyn and have been having the time of our lives showcasing these amazing artists and our beautiful community ever since. We’re excited for what’s in store in Season 4!”
-Rylie Saunders (Co-owner/Creator)

About The Village Idiots

The Village Idiots are a diverse collection of music lovers that started producing/promoting music in October 2016. They embraced the evolution of music into the digital age and created the groundbreaking web series Live at The Roslyn where you can watch bands play full sets (and interact with them!), from the comfort of your own home, on Facebook Live (from their living room in the iconic 110 year old Roslyn Square). What started with an iphone6, 2 guys and an idea has transformed into a full 7 person production team with professional shot multi-cam video and board audio. Aside from Live at The Roslyn, they also produce music videos, create/manage live shows/events, do concert photography, run Hoot Owl Festival and lead a weekly Open Mic where they continue to meet new artists and work to build their community.