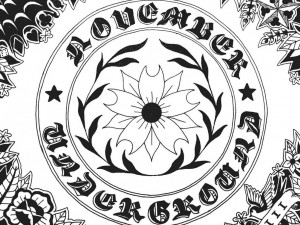 Head over to November Underground's Facebook page at 8:00 pm tonight (November 8, 2019) to check out the unreleased (until now) video for the band's regular set closer Balls Trippin'.  Filmed at the legendary Royal Albert Arms Hotel in June 2019 by Paul Blair MacLean.

"We've replaced our drummer since this video was filmed, but he's not in it much," noted guitarist Orvis Thomas. "It really shows just how much of a powerhouse Kalyna is on stage. Plus its beautifully filmed."