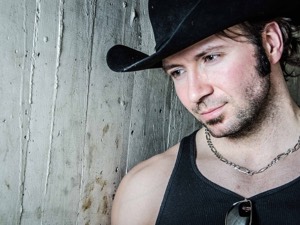 “I feel like production-wise the project feels somewhere between Sam Hunt, Big & Rich and Luke Combs. We didn’t set out to do that...it just seemed to be what came to the surface.” - Producer Troy Kokol ( SOCAN Award for Country Music, SCMA Song of the Year, 2x YYC Music Awards Songwriter of the Year, YYC Music Awards Video of the Year)

The “Classic Country Couple” title track will also be released June 21st. It was co-written by the
Nashville songwriting team of Helene Cronin, Andy Wills, Dakota Jay (Old Country Soul - The
Reklaws), and William King. It’s about a man who cares for a woman who’s mistreated in her
current relationship. The song salutes the relationship between country stars Johnny Cash and
June Carter and long-time musical partners Dolly Parton and Porter Wagner and suggests that,
if given the opportunity, he thinks they could join their ranks as a “classic country couple.”

Sereda said he holds up his Cree grandmother Dottie and his Scottish grandfather Jim as an
example of the “classic country couple.” They married young and were inseparable throughout
their 55 years of marriage. The couple was devoted to family and their indigenous community.
“They worked hard, were good neighbours, and good people,”.

Dottie taught her grandson his first guitar chords and shared her love of country music with him.
Sereda said she was one of his biggest supporters throughout his life. “My grandmother’s indigenous beliefs and the way she encouraged me in my music are so important to me,” Sereda said. “I didn’t realize just how much she brought to my family and my life until she was gone.” Her passing ushered in a new level of maturity for Sereda, both as a person and as an artist.

“As I’ve matured, so have the songs and so have the stories behind them,” Sereda said. “My
past albums were mainly filled with party songs, but I’m realizing that relationships and
emotional connections are more important than good times and foggy memories.”

ABOUT JERRY SEREDA:
Growing up in the Parkland region (Treaty 1) of Manitoba, Jerry Sereda learned how to hunt,
fish, trap, and live off the land. This is where he also learned the importance of hard work,
family, and music.

After spending time writing songs in Nashville with many successful writers, Jerry moved to
Treaty 8 lands in Alberta (although he continues to return to Manitoba each summer) to continue
writing and recording with award-winning songwriter and producer Troy Kokol. They released
his third album, “Don’t Mind If I Do,” in September 2019, which is currently nominated for
“Country Album of the Year” for the 2021 Summer Solstice Indigenous Music Awards.

Jerry is a former teacher with a Master of Education degree from the University of Manitoba. He
now wants to work with other indigenous people to promote music and build a network and
musical outlet for indigenous youth.