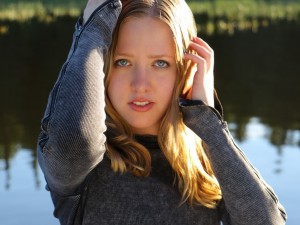 You never know who could be watching you on the internet. While that sounds scary, sometimes it can be amazing! Local Winnipegger, Gillian Hayek, has been performing music on Twitch since the beginning of 2021. Twice a week, she goes live to perform covers and originals by request.

Rob Landes is an American musician whose YouTube channel has amassed over 3.75 million subscribers. While recording a video where he donates money to streamers to get them to play "meme songs", he came across Gillian. He donated $10, asking her to play Rebecca Black's "Friday". Rob said he would give her an additional $200 if she managed to make it sound good. Not knowing who he was at the time, she was unsure of the validity behind his words. She said she would do it whether or not she actually got the $200. She was up for the challenge!

Gillian created a loop of her piano to sing along to, and even ended up doing an ocarina solo! Rob couldn't help but play the violin along with her. After the song ended, Rob did donate the $200. Gillian was shocked by what just happened and thanked Rob for everything.

If you would like to see the full video, you can watch it here: https://youtu.be/5fp26EXTUNE