Meet the MusicWorks panelists from the label, agency, management, festival, publishing, and publicity sides of the industry who will converge on Winnipeg this weekend for January Music Meeting.

Ashley Moran, Halifax Pop Explosion
Ashley Moran organizes chaos, revels in the storm, and excels in the minutia that is event management. She started her career in music hawking merch, and solidified her place in the heart of the music scene after she got a broken nose and two black eyes at a Gwar concert, and still showed up for work the next morning. Ashley is the Event Manager for the Halifax Pop Explosion, and the Entertainment Booker for Michael's Bar and Grill. She holds a degree in Philosophy/Russian from Dalhousie University.

Ben Rayner, Toronto Star
Ben Rayner is a Canadian music critic and pop-culture columnist who’s been lucky enough to hold down a steady job at the Toronto Star since 1998. Prior to that, he worked for the Ottawa Sun for a spell and, over the years, his writing has also appeared in publications as diverse as XLR8R, Fashion, Gasoline and Spin.com. Rayner’s chief musical passions include Joy Division, searing feedback and brutally efficient techno, but you’ll find everything from Norwegian black metal to Kylie Minogue on his iPod. He’s a pretty easy chap to get along with.

Jake Gold, The Management Trust
Jake Gold is one of Canada’s most successful artist managers. In 1986, Gold started his Artist Management company, The Management Trust, through which he is best known for his role in establishing and transforming The Tragically Hip into a national icon. Gold currently directs the careers of Adam Cohen, Crash Karma, Scarlett Jane and music producers me&john, Moe Berg, Russell Broom, Terry Brown and Laurence Currie. Gold has been recognized by the annual Canadian Music Industry Awards as Manager of the Year in 1991, 1993 and 1994. He has been a member of the JUNO Awards Television and Talent committee since the 2003 awards broadcast in Ottawa-Gatineau. In 2009, Gold was elected to the board of CIMA (CIRPA) and recently has been elected again to Vice-Chairman for CIMA. Jake is also a board member for the MMF (Music Managers Forum) and is the 2013 MMF Honour Roll Award recipient for his lifetime work in the field of Artist Management. He also sits on the music advisory board of the OMDC.

Ken Beattie, Killbeat Music
Founded by Ken Beattie and working in genres from Folk to Indie Rock,  Pop to Blues and Electronica to Country, Killbeat is an award winning national media company that has launched over 400 albums by 200 + different artists in the last 10 years from every corner of Canada and in between as well as the US, and Europe.

Killbeat has a team of 3 experienced media savvy music lovers that work in print, radio, visual and online/digital media outlets to create a well rounded and symbiotic publicity strategy that has seen more than 8 dozen albums reach #1 in the last 6 years on the national college/campus charts, over 30 artists on the Polaris Music Prize Lists and dozens and dozens of albums that have won or been nominated for JUNOS, ECMA’s, WCMA’s, and more.

Neville Quinlan, peermusic
Neville Quinlan, Managing Director of Peermusic Canada, has worked in all fields of music publishing over the last 14 years; holding positions in Copyright and Royalty Administration, Creative Management, and International Relations. Neville has the pleasure of representing many of Canada’s top artists and writers, including The Tragically Hip, Sarah McLachlan, Hawksley Workman, Kathleen Edwards, Sebastien Grainger, Honeymoon Suite, The Stampeders, Matthew Barber and Simon Wilcox; as well as sub publishing many international stars such as Tom Waits, David Foster, and Donovan. 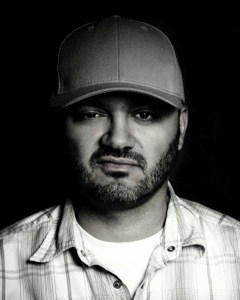 Mike "Parkside" Renaud, Hidden Pony Records/Upper Management
“Parkside” Mike Renaud began his career in the music industry as an intern at the famed Aquarius Records in Montreal. “Parkside” quickly rose to the ranks of Executive VP of A&R after nurturing the renaissance of the label working primarily with Sum 41.. After 6 years at Aquarius Records, Mike left to start managing his childhood friend Jeremy Fisher. “Parkside” then began a 2 year run as VP of A&R for V2 Records Canada, where he worked with artists such as The Meligrove Band, Elbow, The Greenhornes and The Raconteurs. It was during this period that Mike reconnected with his mentor Donald K Donald and established the Upper Management Co and then subsequently Hidden Pony Records whose roster includes Said The Whale, Rah Rah, Imaginary Cities, Jeremy Fisher, Elephant Stone and The Danks.

Rob Zifarelli, The Agency Group
Rob Zifarelli began his career in Winnipeg as the programmer for the inaugural Indie Music Week Festival in 1995, which today is known as the Western Canadian Music Awards.

He moved to Toronto in 1999 to be part of the expansion team for Paquin Entertainment Agency.

In 2004 he moved to The Agency Group Toronto where he is now a Vice President residing on the global management team.

Over the last decade his artist roster has grown to include City and Colour, Feist, Broken Social Scene, The Weakerthans, Stars, and over 50 more critically acclaimed artists garnering him over 25 Juno Awards along with multiple Platinum and Gold records. 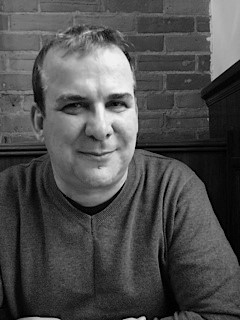 Tom Dertinger, Fusion Arts Management
Promoter Tom Dertinger has over 1000 shows to his credit in venues ranging in capacity from 100 to 17,000  over 3 decades. As an Entertainment Executive and Artist Manager he has worked with Gold and Platinum recording artists such as Lee Aaron and Parachute Club and more has recently signed client  Sarah Burton. Currently also producing concerts with uber  publicist Richard Flohil. 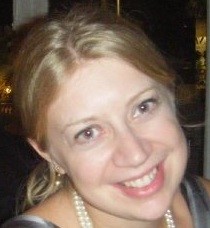 Helen Britton, Six Shooter Records
Helen Britton is the heart and anchor of Six Shooter. For the past ten years as Vice President, Helen has helped to develop Six Shooter into an internationally recognized company, as well as the careers of such outstanding artists such as Shout Out Out Out Out, Luke Doucet, Whitehorse, Inuit throat-singer Tanya Tagaq, The Deep Dark Woods as well as juno award winners Amelia Curran and Good Lovelies. A graduate of University of Manchester Institute of Science and Technology with an International Business degree, she also has an awesome British accent.