Witch Prophet is a Queer, Toronto-based, East African singer-songwriter, recording artist, and the Co-CEO of Heart Lake Records. She provides her fans with a soundscape of vocal layers, loops, raps, and harmonies on a bed of hip-hop, jazz, and soul-inspired beats.

The series kicked off in February and aims to connect with and inspire emerging Black music entrepreneurs and musicians and recognize the immeasurable impact of the Black community on music and culture across the globe and here in Manitoba.

The series is presented through the BPM | Black Music Professionals program and in partnership with Black History Manitoba and will feature influential speakers sharing their career journeys and lived experiences working in the music business, showing different career paths. The series will be streamed live via our Facebook and YouTube. The BPM Speaker Series is made possible by the support of FACTOR.

Thanks Box of Wolves for creating the BPM artwork and working with us and Tetro.

Witch Prophet is a queer, East African, singer-songwriter, and the Co-CEO of Heart Lake Records. She provides her fans with a soundscape of vocal layers, loops, raps, and harmonies on a bed of hip-hop, jazz, and soul-inspired beats. Think Erykah Badu meets Lauryn Hill meets Portishead. She finds depth and connection in creating music as a portal for self-growth and discovery, as she navigates and better understands her cultural and queer identity.

She has shared the stage with and opened for acts like Lido Pimienta, Shabazz Palaces, THEESatisfaction, The Hallucination (fka A Tribe Called Red), SAMMUS, Sean Leon, JPEGMAFIA, Climbing Poetree and Zaki Ibrahim to name a few.

In March of 2020, Witch Prophet released her Ontario Arts Council funded sophomore LP “D.N.A Activation”. An ode to her Ethiopian and Eritrean ancestral roots, fusing Jazz, Hip-Hop, Soul and RnB with songs sung in English, Amharic, and Tigrinya. Co-produced by herself and her partner SUN SUN, praised by press and music lovers alike, DNA Activation was shortlisted for the 2020 Polaris Music Prize. She has since released a deluxe edition of DNA Activation featuring remix tracks with rappers Stas THEE Boss and LATASHÁ. The video for her song Tesfay directed by Leah Vlemmiks was nominated for the 2021 Prism Prize and was an official selection at the 2021 Rhode Island International Film Festival as well as the 2021 SXSW Music Video awards. Tesfay was also nominated in the UKMVA’s Best International RnB/Soul video category alongside Beyoncé, Cardi B, Normani, The Weeknd, and Bryson Tiller. Her newest video for her single Makda was released May 2021 and debuted on FADER.

Melissa Vincent is a Toronto-based writer, producer, and strategist. Her work broadly investigates questions of equity, intimacy, and community formation as it relates to music, art, technology, and culture. She's been featured in Pitchfork, Billboard, NPR Music, The Fader, CBC Music, Elle Canada, Vice, Canadian Business, and The Globe and Mail. She is a Prism Prize juror, a SOCAN Songwriting Prize Panelist, and a member of the Between the Lines Editorial Committee. In 2019 she was selected to become the Polaris Prize jury foreperson and join their board of directors. In 2022, she was nominated for a Digital Publishing Award in the category of "Best Science and Technology storytelling.

The Black community has an immeasurable impact on music and culture across the globe and here in Manitoba. Everyday, we listen to music created, produced, and inspired by Black artists yet they still face discrimination and barriers within the industry. Dismantling these barriers begins with recognizing the need for Black music professionals to have their own specific spaces within the industry.

Launched in February 2021 and facilitated by artist and business owner Andrew Sannie, BPM | Black Professionals in Music is a program via Manitoba Music that supports Black music professionals in Manitoba. BPM offers regular sessions for participants to meet and network, join discussion groups, and learn from one another. Participants can bring ideas, share their professional needs and barriers, and influence the future direction of the program.

The original artwork for BPM was created by Box of Wolves.

HOW TO GET INVOLVED
Participants music be residents of Manitoba and identify as a Black musicians or music industry professionals. Registration is ongoing. To get involved, please email bpm@manitobamusic.com. 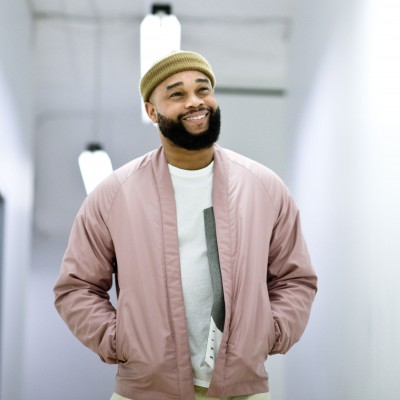 Andrew Sannie is a Canadian creative and business owner, as well as a member of acclaimed Canadian hip hop group, The Lytics. Andrew is also a co-founder of Canadian based experiential marketing and consultation company, Grape Experiential. In his personal time, Andrew works with several community groups and non-profits contributing to executive boards of several organizations across the country. Driven by the heart, soul and sounds of Black voices across Canada’s music entertainment industry, ADVANCE, Canada’s Black Music Business Collective, is leading the change in developing an infrastructure for the betterment, upliftment and retention of Black people in the music business.

Serving as a unified front for Black people working within all sectors of the Canadian music industry, Advance creates conditions for long-term success by addressing racial equality and inclusivity through four areas: Advocacy, Mentorship, Community Outreach and Business Development and Entrepreneurship. 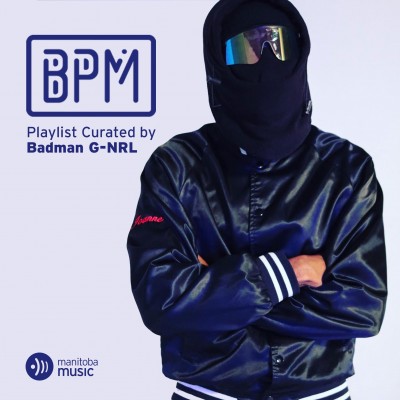 Coinciding with the BPM program, Manitoba Music launch a Spotify playlist to recognize Black artists from Manitoba, celebrating their contributions and amplifying their voices. Each month, a guest curator will share music by Manitoba-based artists.

Guest curator spots are open to all BPM participants and offer a small honorarium. Email info@manitobamusic.com if you're interested in signing up for a spot.

Guest curators will be asked to provide: