Manitoba Music is bringing live music to The Forks this November with Manitoba Music at The Market! Celebrating the talent and resilience of the music communities in Manitoba, the series of Thursday night pop-up concerts at the EQ3 Lounge and Room 201 features a stellar lineup of local luminaries.

Made possible in part by the Government of Canada, the series is an opportunity to welcome music fans and market visitors alike to one of the city’s favourite meeting spots to experience live local music at its best. Kicking off November 3, each event in the series features two artists sharing their original music in an intimate setting.

“We’re thrilled to be able to share these concerts with audiences at The Forks and to recognize the deep importance live music and local artists have to communities in Manitoba, especially as our music continues its challenging road to pandemic recovery,” says Manitoba Music’s executive director, Sean McManus.

The series will continue this spring at The Forks with a new slate of weekly events featuring more local talent in March, with details to be announced. 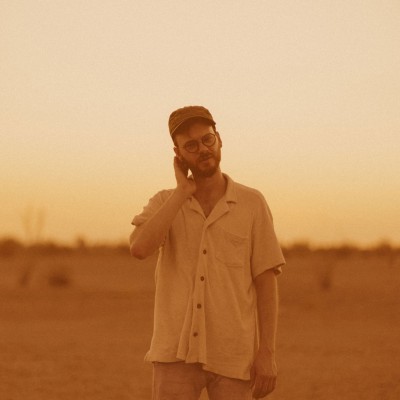 Field Guide (aka Dylan MacDonald) is a weaver of worlds. Built around his inviting voice and wrapped in warm textures, his self-titled sophomore full-length builds his most engaging world yet. It lives in a place between darkness and hopefulness with unshakeable melodies at its heart. “Melody is what makes words fall out of my mouth. It’s disarming. When I find a melody that represents my internal world, I drop my guard. I allow the words to appear out of thin air without judgement. A lot of these songs came to life that way. I wasn’t trying to make anything, but the songs became a home for words that I wasn’t yet ready to write on the page,” MacDonald says.

The past few years haven’t allowed for much escape from our interior worlds. There’s been a lot to move through, and many things can be true at once. This album lives at the sometimes-tense intersection of those truths – loving someone dearly while being pulled toward something new, feeling joy in the melancholy, a gratitude for deep friendship and an uncertainty of one’s place in it.

The album is also alive with the people and places that surrounded its creation. Vocals and acoustic guitars were recorded near Riding Mountain National Park in a woodstove-heated cabin during one of Manitoba’s coldest winters in years. Bass and drums were tracked at Breakglass Studios in Montreal, a room that already felt familiar from falling in love with the records of tour-mate Leif Vollebekk. Final overdubbing took place at Monarch Studios in Vancouver surrounded by trusted engineers and friends. And constant inspiration was found in his circle of Winnipeg creators working away on their own projects. Like The Big Pink house – Boy Golden, Slow Spirit, Roman Clarke, Kris Ulrich and others dropped in on each other to share demos and often lend their sounds to each other’s albums.

Beyond his hometown, Field Guide has had the opportunity to meet some heroes and new friends. He’s supported Leif Vollebekk, Bahamas, SYML, Wild Rivers, JP Saxe and Penny & Sparrow on their tours this year. He’s built a legion of fans online and on the road. So, while this is a solo album that invites the listener inside Field Guide’s inner monologue world, it really is meant to be lived in together. “These are the truest, rawest songs that I’ve ever written. I’ve never felt so sure about something I’ve made before. And now, it’s yours.”

Diaphanie was born and raised smack-dab in the centre of Canada, where sunflower fields and dive bars abound. Her family legend tells of a distant relation to legendary songstress Joni Mitchell, and the air in her childhood home was thick with the sounds of jazz, blues, folk and classical music. With a voice as limitless as the prairie sky and a knack for storytelling, Diaphanie draws new breath into the folk genre while remaining faithful to both her history and the folk tradition. Her songs explore her fluid sexuality, love, drugs, and life in the inner city, all from a uniquely Canadian perspective.

Since the release of her debut single in 2020, Diaphanie has moved quickly from a sold out debut show- to several performances at the Winnipeg International Jazz Festival- to flying overseas for the Reeperbahn Festival in Hamburg, Germany. Diaphanie's crowning glory is her live show, an entrancing affair that can inspire tears or raucous laughter depending on the moment. Two virtuosic guitar pickers and three stunning voices come together in a unique configuration that highlights the delicacy and precision of Diaphanie's voice and her thoughtful, emotional lyricism. 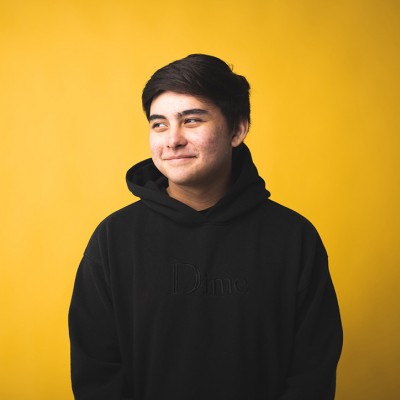 Ethan Lyric is an 19-year-old indigenous musician and songwriter out of Winnipeg, MB. He is an up-and-coming artist who has begun to grow a following of young and old music lovers alike. Growing up he was surrounded by music such as country and jazz. These early influences would come together to build his smooth blend of folk, indie, and pop, although it was not until high school where he would discover his love for songwriting. His endearing yet simple melodies will be sure to have you humming along in no time. 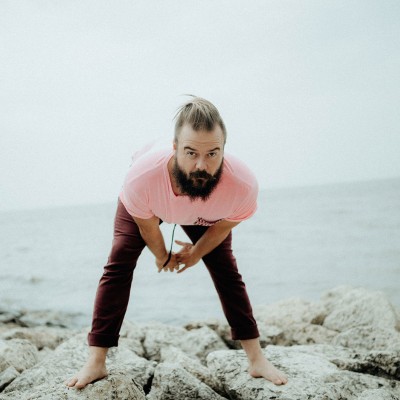 Never quite what you’d expect, Matt Foster is truly unplaceable.  Matt moves the room, stirring something in the crowd. The music grinds, pops and surprises.  At turns soft and lilting, at turns careening out of lane.

Each song is a snapshot, a short scene in a novel -  a glimpse in on a moment, or a feeling, a character.  Each song is a spell. Matt is deliberate and takes great care carving out the shape and contours of a thing, but invites you in yourself, to feel around, to find the lightswitch maybe. The words call you back for second listens.

Listening and hearing a lover and seeing them truly.

The end of frustration.  Saying it out loud.  Pissing in the wind.  NBD. 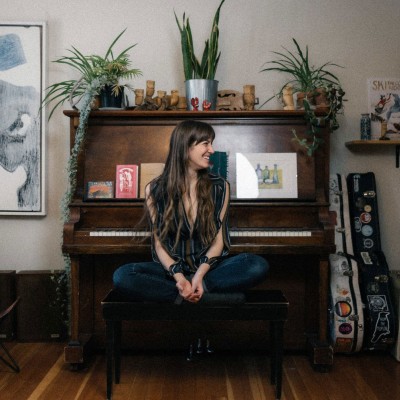 Madeleine Roger is a singer-songwriter from Winnipeg, Canada. While skillfully accompanying herself on acoustic guitar, it is her artistry as a songwriter and storyteller that can silence a room, uniting her lyrical prowess with breathtaking melodies that linger long after they are sung. Her critically-acclaimed debut album Cottonwood combines the elegant storytelling of folk traditions with the grounded vibe of roots music. It is a collection of songs that reflect on femininity and equality, the majesty of the wilderness, and the beautiful awkwardness of trying to love another person. Cottonwood quickly garnered acclaim, reaching the No. 1 spot on the National folk/roots charts in Canada. It also saw Madeleine nominated for both “English Songwriter of the Year” at the 2020 Canadian Folk Music Awards and “Producer of the Year” at the 2019 Western Canadian Music Awards.

She is currently working on her sophomore album with producer Josh Kaufman (Anaïs Mitchell, Bob Weir, Amy Helm, Josh Ritter, The Hold Steady), a deeply personal body of work examining every nook and cranny of love and loss. The album was tracked over 4 days at The Isokon in Kingston NY with engineer D. James Goodwin.

Madeleine co-produced and co-engineered Cottonwood (2018) with Lloyd Peterson (The Wailin' Jenny's, The Weakerthans, James Keelaghan) at Paintbox Recording in Winnipeg. The album was proudly made with gender parity, and was written from Madeleine’s home in Winnipeg, Canada in a woodstove-heated cabin that her great-grandparents built in the Manitoba backwoods. 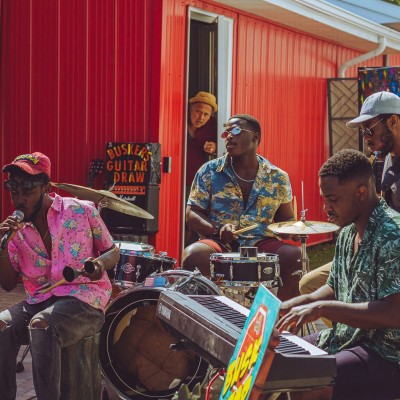 Four Winnipeg musicians – and friends – are the brains behind the dynamic and energetic Afro fusion jazz group, Dr. Henry Band. Each member brings years of musical experience to the table and is distinguished by their African heritage and the infusion of Afro-beats into their music. All coming from West Africa specifically Nigeria, they love to bring communities together for a humanistic reconnection and to celebrate life in all its splendor. They use their music as a medical prescription to the audience to awaken the great spirit of hope, joy and love within them. The songs played by the band members reflect their background, history and experience. Their songs are lived on the following themes: Love, family, wealth, moral and physical health and festivities. 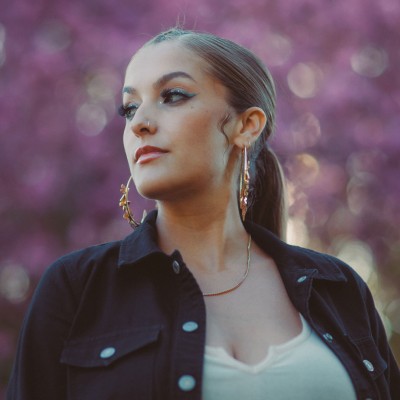 With her soulful voice and lyrics that wash over the minds and hearts of audiences like waves, singer-songwriter Ila Barker is a force to be reckoned with. This Winnipeg based folk-soul artist of Anishinaabe and settler heritage, takes listeners on an introspective journey, inviting them to connect deeply with their own emotions. As an act of reciprocity, Ila mentors emerging Indigenous artists in AIRsessions, her self-curated music workshop series. Ila has taken the stage at the Winnipeg Folk Festival, Regina Folk Festival, sākihiwē festival, and opened for Jeremy Dutcher’s sold out performance at the Indian River Festival in PEI. After the release of her self-titled debut album (2013) Ila took time to mindfully refine her artistry, embarking on a creative evolution, and emerging with a self-determined sound. Her upcoming album Fool Under Water (2022) is an honour song to her metamorphosis into the powerhouse she is today and a promise that the tide will turn. 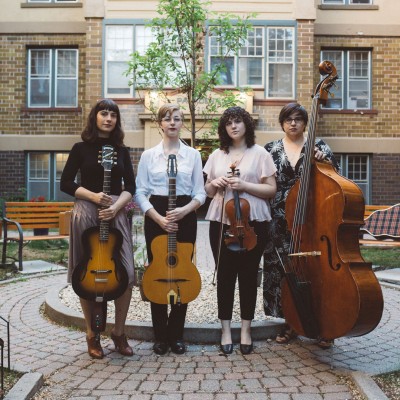 Juvel is the musical project of four dynamic Winnipeg musicians who strive to keep your toes tapping with the energetic sounds of Romani jazz and early swing. Heavily inspired by musicians like Django Reinhardt and the Andrews Sisters, Juvel combines the dark, chromatic flavor of Romani music with the carefree liveliness of swing and rich three and four-part harmonies to bring the nostalgic sound of the 30's and 40's to their listeners. Juvel is comprised of violinist Shoshana Goldenberg, bassist Lindsay Woolgar, guitarist Gabriela Ocejo, and guitarist/arranger Chenoa McKelvey. The quartet has performed at Winnipeg Jazz Festival, Festival du Voyageur, Rainbow Trout Music Festival, The West End Cultural Centre, The Burton Cummings Theatre, and frequents the Times Changed High and Lonesome Club.