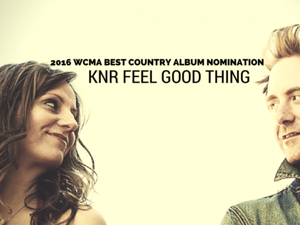 Keith and Renee are in the final stages of mixing their new album. The duo has been recording the album over the summer in Toronto with producer Creighton Doane. An expected pre-release date will be announced in the next few weeks. The album features 11 new tracks and will be the duo's second album. Their first album Novice can be purchased at http://www.indiepool.com/KR01