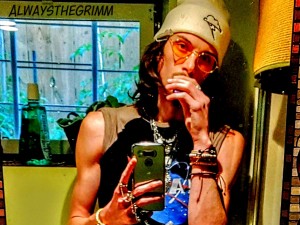 In this album of growth, and finding his sound through this new musical adventure!
AlwaystheGrimm shows his progression, and passion for this new genre and new Grimm, In this cassanova of a album! The Grimm brings back some classic inspired sounds, from the 80s,90,and 2000s! In His debut album for alternative rock/punk.
The Interstellar Shit Show!