The pencils are sharpened and the schedules are done... January Music Meeting is back and ready to host some of Canada’s top music industry pros for the second edition of the winter mini-conference. Label, agency, management, festival, publishing, and publicity representatives will converge on the Manitoba Music office to discuss the state of Canada’s independent music industry and provide concrete advice on how to succeed in the ever-changing music business.

In conjunction with the Big Fun Festival, which will host a special Manitoba Music Showcase, JMM2015 kicks off its three-day on January 30. This is a fantastic opportunity to gain access to tastemakers and experts from across the country while connecting with local artists and industry peers, at a conference designed and held right here in Manitoba. Be sure to take the time to research the speakers ahead of time. Here's a little something to get you started... 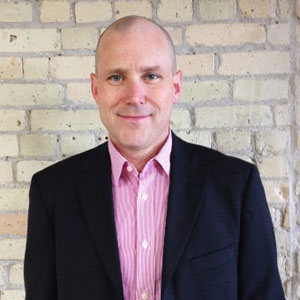 Stephen Carroll is the manager of music programs for Manitoba Film & Music and is the former manager of Empirical Artist Services and The Weakerthans band member/manager. After joining The Weakerthans in 1998, Stephen managed all of the business affairs and helped steer the group to fame. In 2009, he began managing the Manitoba band Imaginary Cities and went on to form Empirical Artist Services Inc. Most recently, he served as the general manager of the West End Cultural Centre. Follow MFM on Twitter 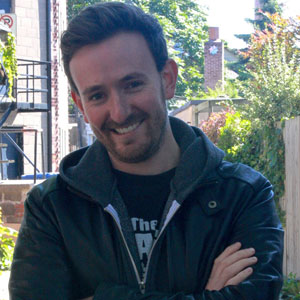 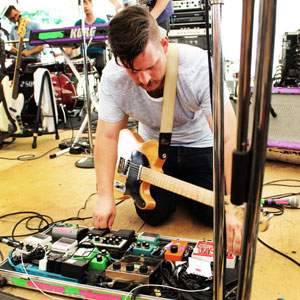 Bucky Driedger has been involved in Manitoba’s music community for the past 10 years, most recently as a member of Royal Canoe, where he wears a number of business and music-making hats. Royal Canoe’s latest release received nods from the JUNO Awards, Western Canadian Music Awards, and garnered significant airplay on commercial and college radio. The band played 150+ shows this past year including opening slots for bands like !!!, Bombay Bicycle Club and Alt-J. They are currently at work on their next album. Follow Bucky on Twitter 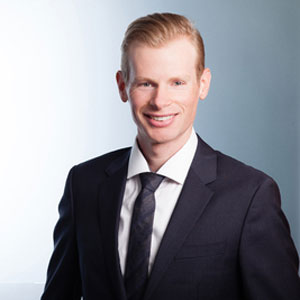 Russell D. Dufault’s practice is concentrated in the areas of corporate and commercial law including transactions involving intellectual property, media and entertainment law, financing matters and property and development at Thompson Dorfman Sweatman LLP. Russell comes from a background in performing and is the former bassist for Winnipeg band The Waking Eyes. Follow TDS on Twitter 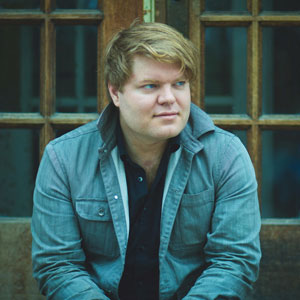 Michael P. Falk runs Head In The Sand Records and produces bands at Paintbox Recording. His former band, Les Jupes, made a few great records and toured all over. He is a past artistic director of the West End Cultural Centre and produced the Record Of The Week Club. He likes hot sauce and bourbon more than his stomach thinks he should. Follow Head In The Sand on Twitter 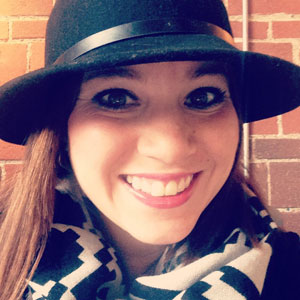 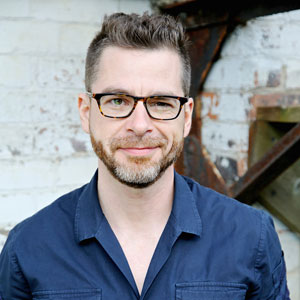 Darcy Gregoire began his career at 13 when he booked his first show, having his band perform at his high school dance in St. Pierre, Manitoba. Throughout his teens to early 20s, Darcy was the bandleader who negotiated deals with club owners, booked production, created marketing materials, etc. Shortly after finishing a Music Business Administration course at Trebas Institute in '94, Darcy landed the most-seemingly fit of an opportunity, starting as an agent at Artists Agency in their Winnipeg office. In 2000, Darcy left the company to cofound a new agency, LiveTourArtists, which in a few short years earned the respect of the industry as one of the top four agencies in the country at the time. In 2007, Darcy found his new home at The Agency Group, where his roster of 30-some clients joined him in the move. Of Darcy’s current 60-plus artist roster, a few clients include; Alex Cuba, Blackie and The Rodeo Kings, Bob Geldof, Jarvis Church, Eric Burdon and The Animals, Jake Shimabukuro, The Once, Hawksley Workman, and Martha Wainwright. With creative-vision, passion, and unwavering dedication, Darcy serves a talent roster that is within the most eclectic in the industry, ranging from rock, pop, and R&B artists, to folk, blues, and jazz performers, to world music and to adult contemporary artists, and more. Follow The Agency Group on Twitter 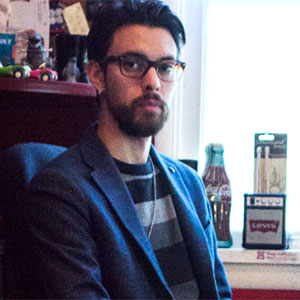 Tim Jones is an award-winning co-founder of Canadian indie label and artist development firm, Pipe & Hat. Pipe & Hat has launched artists into a steady path of success, including SiriusXM Indies Awards and Western Canadian Music Award nominations, consistent Mediabase, CMJ, and !earshot charting, collaboration with Grammy-nominated producers, and performances at SXSW, CMJ, Virgin Fest, CBGB, The Great Escape, Primavera Sound, Americana Music Fest, Reeperbahn, Sled Island, Liverpool Sound City, NXNE, CMW, Pop Montreal, Halifax Pop Explosion, Folk Alliance International, and countless others. As well, Tim is an in-demand speaker, having been on panels and hosted workshops at conferences in the U.S., U.K., and Australia, and is a regular contributor to Canadian Musician. Pipe & Hat bands can be heard in Vampire Diaries, Shameless, and Pretty Little Liars, among several other major network television shows and films. The company was recently nominated for two 2014 Western Canadian Music Awards – Manager of the Year (the second consecutive nomination in this category) and Independent Record Label of the Year – with Tim taking home the award for Manager of Year. Follow Pipe & Hat on Twitter 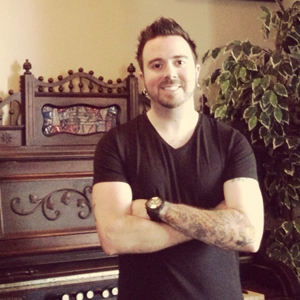 Liam Killeen got his start in the music industry as the drummer for the pop/punk band Not By Choice in 2002. Five months later, the band had a record deal, released their first single and hit the road for a year and a half, and went on to significant national and international success, including a MuchMusic Video Award, two top 10 singles, and international tours with Sum 41, Simple Plan, Avril Lavigne, and many others. In 2009, Liam joined the management team at Coalition Management. As the Manager of USS (Ubiquitous Synergy Seeker), Faber Drive (604 / Universal), These Kids Wear Crowns (EMI), Greig Nori, Treble Charger, and Zubin Thakkar, he strives to find new and exciting opportunities to build the careers of his artists in this ever-changing industry. Liam has also been dedicated to educating emerging artists on treating their art as a business via the Coalition Music Artist Entrepreneur Workshops and Bootcamps around the world. Follow Coalition Music on Twitter 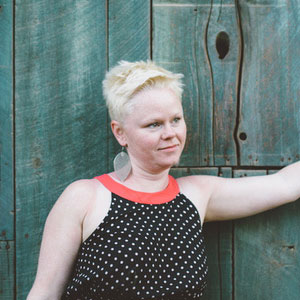 Robyn Stewart is currently the executive director of Western Canadian Music Alliance and has been working in the entertainment industry for 14 years. She started working with Prairie Music Awards in 2001, producing the WCMA Conference for seven years before moving on to work as talent buyer with the Vancouver Olympic Games. As no one in this industry wears only one hat, she also is currently the talent buyer for Toronto 2015 PanAm Games, PANAMANIA festival. Having booked countless gigs for artists and worked in lead roles for some of the largest events in the world, her most favourite role is getting the opportunity to use her experience to support the growth of the music industry. Follow BreakOut West on Twitter 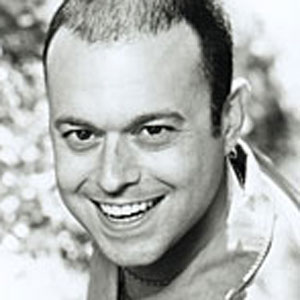 Matt Safran has worked in the music-for-film industry as an agent and as a music supervisor for over 15 years. From 1997 to 2003, he represented film and TV composers at one of Canada's top music agencies. He later founded his own company, Filmusic Services, providing music supervision for hundreds of television and theatrical productions  Now as an agent representing composers with Core Music Agency, Matt is focusing mainly on productions based in Vancouver, Toronto, and Montreal. Follow Core Music Agency on Twitter 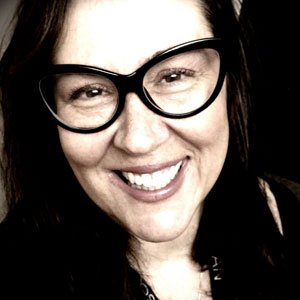 Barbara Sedun is part of the exciting new A&R department at SOCAN. She also spent many years at EMI Music Publishing in Toronto as well as was the manager of the music programs at Manitoba Film & Music. Barbara is a connector who is motivated by results. Follow Barbara on Twitter 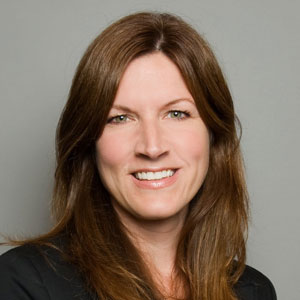 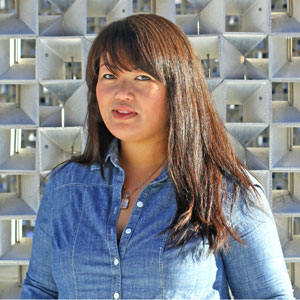 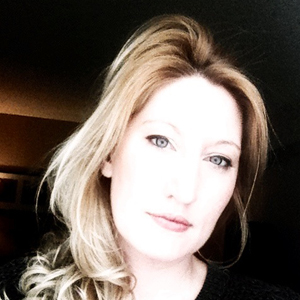 Julia Train’s history in the Canadian music industry began with her training in classical piano and love of music. She attended the Harris Institute for the Arts, where she studied recorded arts management. Shortly after graduating, she went to work for the CMRRA’s Royalties Administration department. Julia was a valued member of the FACTOR team from 2008-11 as a submissions coordinator and communications manager. Currently, Julia is the communications and administrations director at the Musicians’ Rights Organization Canada (MROC), ensuring that musicians receive the recompense that they are entitled. Julia is proud to have the opportunity to help the arts, and artists, in Canada and around the world. Follow Julia on Twitter