In the music business, money can be generated from live shows, merchandise sales or, for those still slinging physical copies of their CD, music sales. But what happens off-stage, when the merch tables are put away? Now, more than ever, it’s important for artists to learn about the revenue that comes from the purchase and broadcast (TV, internet, radio) of their music and ensure they’re properly registered to receive the royalties they’re entitled to. Let’s break it down to its simplest form…

There are two copyrights of a song which can receive revenue

Here are some terms you’ll need to familiarize yourself with as you read through this info:

There are four kinds of performance (broadcast) and reproduction royalties to be aware of:

Example: “American Woman”, written by The Guess Who

1. Recorded/performed by The Guess Who and released by label RCA in 1970: The Guess Who perform their own composition and their record label, RCA, owns the recording of this performance

2. Recorded/performed by Lenny Kravitz, and released by label Virgin in 1999: Lenny performs the composition by The Guess who and his record label, Virgin, owns the recording of this performance

There are various PROs (performing rights organizations) and CMOs (Collective Management Organizations) who collect for each of these royalty streams:

Royalty revenue for the owner of the sound recording (typically the recording artist and/or the label). If you have self-released any music or are signed by a label, but own your master rights for your recordings, you are eligible to register your music and videos.

Royalty revenue for the performers on a sound recording.

ACTRA-RACS
Distributes neighbouring rights for recording performers in various territories across the globe.

Artisti
Distributes neighbouring rights for recording performers in various territories across the globe.

MROC
Distributes neighbouring rights for recording performers in various territories across the globe.

Important Note: In the U.S. radio broadcasters and public venues need only pay public performance royalties on the composition (which pays only songwriters and publishers), but not the performing artist or the label behind the sound copyright. On digital platforms like SiriusXM, however, the U.S. does pay performers through an entity called SoundExchange.

Important Note: You have the option to sign with Sound Exchange, but the Canadian organizations collecting neighboring rights can collect your US royalties for you.

Mechanical Rights for Composers and Publishers

The royalty earned whenever a recording of a song is reproduced a.k.a. copied. Generated by:

Performance Royalties for Composers and Publishers

Which organizations should an artist who writes, records, and releases their own music (and is not signed by a publisher or a label) register with to ensure they’re fully covered?

Individuals should only register with ONE organization per royalty stream. Here’s what we recommend for those just getting started:

Last but not least, how do these organizations know who the rights belong to? ISRC Codes!

An ISRC code is like a fingerprint for a recording so when it’s played, it can be traced back to the rights holders such as the composers, publishers, performers, and owners. This should ideally be added to the recorded tracks at the time of mastering, but digital distributors such as CD Baby, DistroKid, and Tunecore will offer ISRC codes for free. ISRC codes are also available through Connect for those who do not obtain them during the mastering or through a distributor. The ISRC codes must be included in the metadata for digital releases, and registered before any physical products are manufactured. 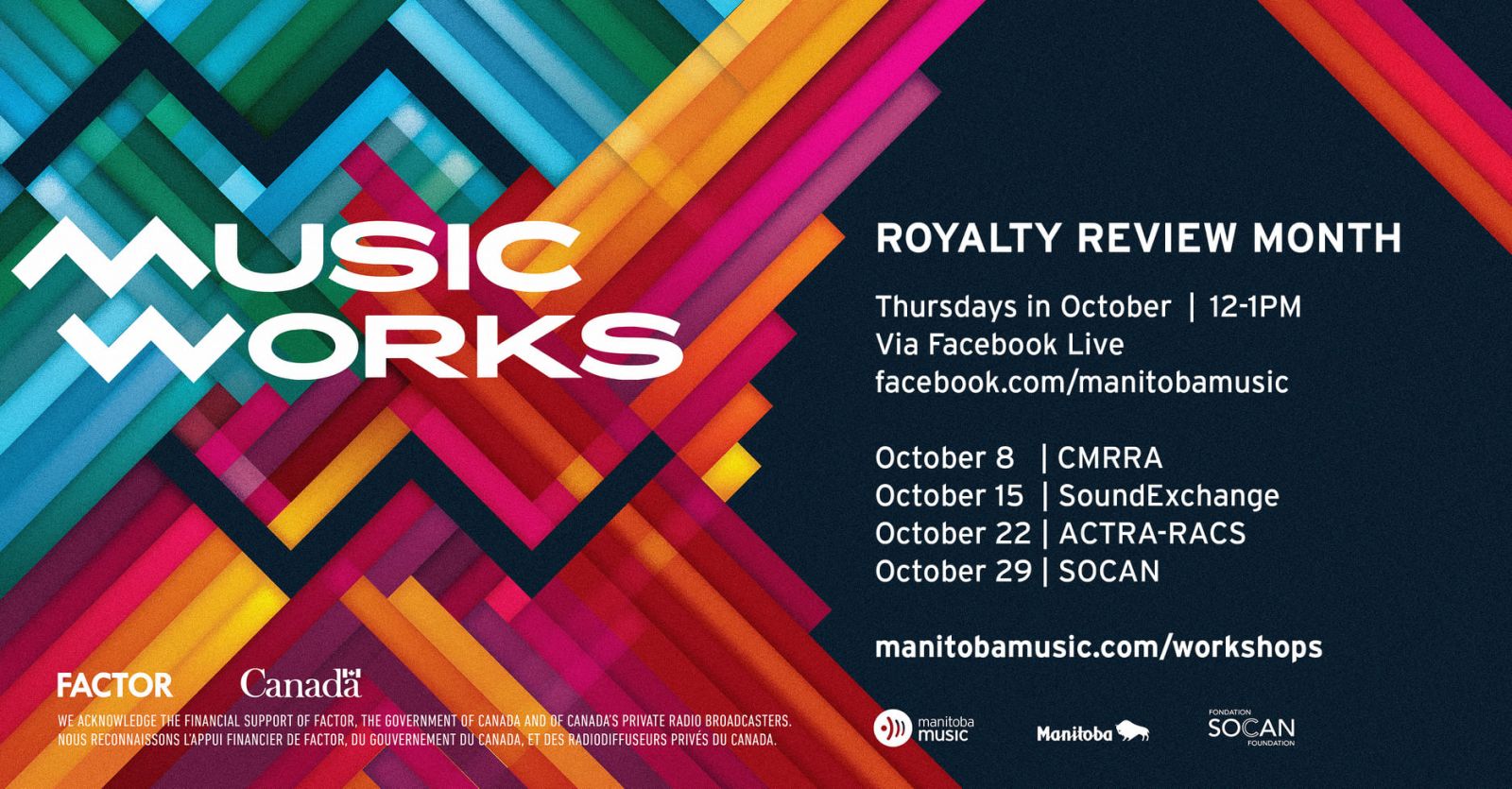