Manitoba Music is hitting one of Canada’s premiere music industry festivals, North by Northeast (NXNE), this month for a showcase of exciting local artists. A genre-spanning lineup of emerging acts from Manitoba have been tapped for the event at music hotspot The Baby G on June 15.

Manitoba Music has a long history of presenting packed showcases and industry events at NXNE, spanning two decades. This year's event marks a return to NXNE after a three-year absence, offering the performers the opportunity to connect with fans and key business contacts in one of the country’s most important music industry centres.

The acts have been able to access showcase support through Manitoba Music’s Market Access Fund and Manitoba Music Export program.

Through participation at industry events like these, Manitoba Music is able to increase the connection between our province’s music industry and the broader national and international industry, which is vital to the career advancement of Manitoba artists and industry professionals and contributes to the growth and development of Manitoba’s economy. Manitoba Music Export is funded by FACTOR and the Government of Canada, and Manitoba Film & Music. The Market Access Fund is supported by Manitoba Film & Music.

Find out more about the bands and get the showcase schedule at manitobamusic.com/nxne. 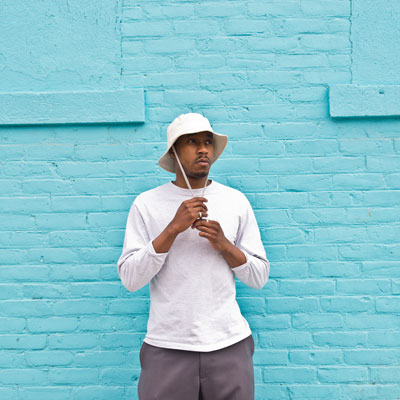 Anthony OKS uses hip hop to reflect, entertain, and teach. With roots in Nigeria, Sierra Leone, and his hometown, Winnipeg, the founding member of The Lytics offers up introspective and personal solo projects with an eye on world issues and family history. He digs deep into themes of Black perseverance and pride, as well as personal growth and relationships of all forms. Regardless of the message, every OKS hook is rooted in love. On his EPs, Take Time (2019) and In the Garden (2021) he oscillates between energetic bangers and slowed-out chill, drawing on the innovative and multi-dimensional stylings of Canadian producer, Paalsh. Anthony OKS is a thinker and a seeker, a good-time provider who also makes you consider your place in the world. 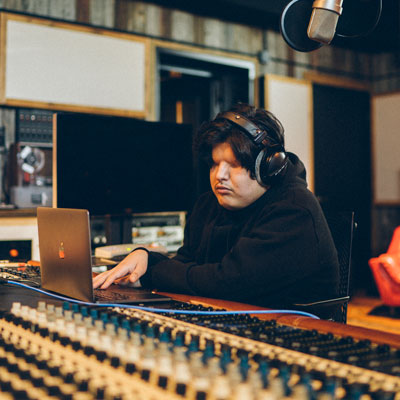 Mattmac is a blind recording artist and music producer from Garden Hill First Nation, MB. He has harnessed his melodic pop-trap beats and inspiring story, quickly establishing himself as ‘one to watch’ on the national scene with his debut album, 20/20 — available now!

At 600,000+ streams across platforms, Mattmac’s premiere release features poppy vocals combined with hard-hitting trap beats, and thoughtfully honest lyrics that give listeners a glimpse into the mind of a blind creative as he paints vivid sonic pictures of struggle, healing, celebrating love, family and life on the rez.

The eight-track album’s lead single “Paradise” has risen to become a popular song in the Canadian music circuit; garnering more than 150,000+ streams on Spotify, it hit #1 on the NCI FM Indigenous Music Countdown hosted by SiriusXM, and Top 50 on the Mediabase radio charts. With heavy local support from Virgin Radio Winnipeg, the song has become both a national and local sensation — including features with CBC Indigenous, CTV National News, Winnipeg Sun, and more. He recently won Rap/Electronic Album of The Year at the Summer Solstice Indigenous Music Awards 2021. 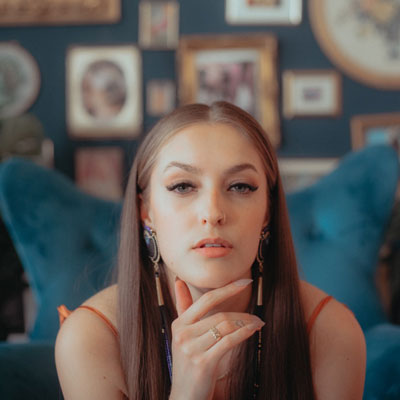 With her soulful voice and lyrics that wash over the minds and hearts of audiences like waves, singer-songwriter Ila Barker is a force to be reckoned with. This Winnipeg based folk-soul artist of Anishinaabe and settler heritage, takes listeners on an introspective journey, inviting them to connect deeply with their own emotions. As an act of reciprocity, Ila mentors emerging Indigenous artists in AIRsessions, her  self-curated music workshop series.  Ila has taken the stage at the Winnipeg Folk Festival, Regina Folk Festival,  sākihiwē festival, and opened for Jeremy Dutcher’s sold out performance at the Indian River Festival in PEI.  After the release of her self-titled debut album (2013)  Ila took time to mindfully refine her artistry, embarking on a creative evolution, and emerging with a self-determine sound. Her upcoming album Fool Under Water (2022) is an honour song to her metamorphosis into the powerhouse she is today and a promise that the tide will turn.