Manitoba Music announced its board of directors for 2022-23 and celebrated the Kevin Walters Legacy Award recipients at its annual general meeting on June 22 at The Good Will Social Club.

The AGM was a chance to reflect on an extraordinarily challenging but productive year that included ongoing adaptation of programs and services, extensive industry advocacy, and an engagement in equity work through policy and programming. Read the Manitoba Music Annual Report for 2021-22

Manitoba Music is the hub of Manitoba’s vibrant music community. A member-based, not-for-profit industry association, it works with 700 members in all facets of the music industry. Through its programs and services, Manitoba Music provides information, education, and industry development opportunities to nurture, develop, and promote the growth and sustainability of the Manitoba music industry.

“If the first year of the pandemic was one of responding and learning to pivot, the second year was one of resilience and learning flexibility. The spring and summer brought music to outdoor stages and patio gatherings, a reminder of how powerful it can be for music to bring people together, but a long way from a sector recovery. Large music events remained quiet, restrictions and mandates brought new challenges, and our patience was tested. Throughout all of this, there was still much to celebrate,”  says Manitoba Music's president, Ruth Shead.

“The accomplishments of our members are really the extraordinary story of the second year of the pandemic. From new artistic projects, new recordings, new stage shows, new signings and business partnerships, and award recognitions, the Manitoba music sector found many ways to thrive. This industry recognition is a true testament to the hard work, creative excellence, and generosity of spirit of Manitoba artists and music companies. We’re so proud of their work and humbled to play a part in their accomplishments,” said Manitoba Music’s executive director, Sean McManus.

Manitoba Music thanks departing directors Bob Somers and Malcolm-Jamal Wilson for their guidance, dedication, and commitment to Manitoba Music and its membership during their terms. Each has left a lasting mark on the association and their perspective and guidance will be missed. Bob was a director for six years and served as president for much of that time while Malcolm chaired the Equity Community during his three-year term.

Manitoba Music welcomes emcee, musician, poet and program facilitator Elliott Walsh (Nestor Wynrush) and Neill Exell to the board. They bring fresh viewpoints and invaluable expertise that will be assets to the work of the board and the association.

The board of directors announced this year's recipients of the Kevin Walters Legacy Award and Kevin Walters Memorial Songwriter Award, in honour of Kevin Walters, a long time Manitoba Music board member and music industry legend.

Multi-instrumentalist, producer, and indie-pop artist Lana Winterhalt is this year’s recipient of the Kevin Walters Memorial Songwriter Award for her impressive body of work, collaborations, compositions, and important work in the community.

It’s an honour to share these awards with both MJ and Lana, who are both longtime members of Manitoba Music and the music community. Their thoughtfulness, dedication, drive, and compassionate leadership are an inspiration. The board celebrates all they have accomplished and looks forward to all that is to come. 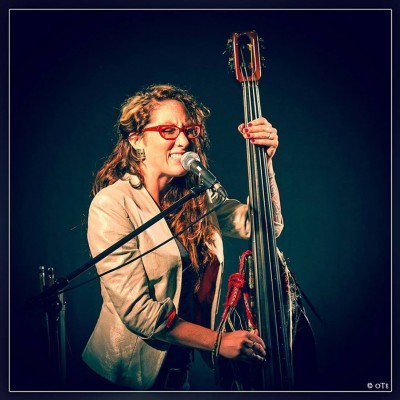 MJ DANDENEAU is a French Metis and Anishinaabe woman from the Red River Nation. Her mother side comes from the Métis Red River Valley and her father side comes from Penetanguishene, Treaty 61.  She is an accomplished bassist, director and producer. Through her business, MJ Entertainment Canada Inc, she has worked and toured with various artists worldwide for the past 16 years. Nationally recognized with recording awards such as JUNO, WCMA, CFM she has recently been awarded the Indigenous Full Circle Award, one of the Manitoba Arts Council prestige prizes in the Arts. MJ’s extensive music career includes booking agent for Europe and Australia, Artistic & Musical Director for various bands and artist, industry board member and funding assessor for Canada Art Council, Factor, Juno, WCMA Awards, CFM Awards, MusicAction and Manitoba Art Council. She has assisted artists in music career development and serves as a connecting point into the international touring arena.  MJ has also had the opportunity to expand her musical reach by taking on roles as a Sound Designer and Composer for musical theatres such as Royal MTC, MTYP, Prairie Theatre, Sarasvati Theatre and Theatre and Cercle Molière. MJ’s key focus and passion are supporting and empowering indigenous artists in successfully navigating the national and international market. 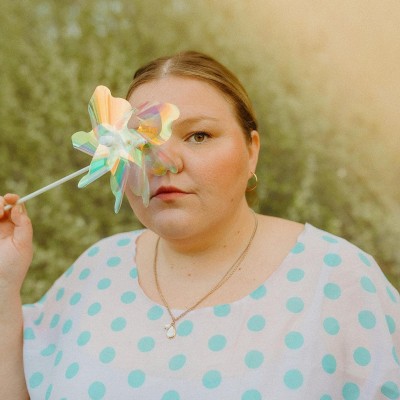 Multi-instrumentalist, producer, and indie-pop artist Lana Winterhalt delivers enigmatic and layered compositions inspired by junky breakups, insomnia, and true love, all in an attempt to leave you feeling sparkly and weightless. Whether it be her vocals that float effortlessly with warm restraint or playful pop melodies featured on her debut full-length album If & When (2018), Winterhalt is experimental and bold yet warm and familiar. After releasing 3 unique projects over the course of the pandemic, signing with High Priestess Publishing, forming the Good + Plenty Producer’s Club and participating in the Women in the Studio National Accelerator 2021, Lana is ready to bring her perfected sound of grandiose harmonies and dusty guitars to fresh ears all across Canada and beyond. From heartbreak to pure bliss and quiet ambience to exploding soundscapes, Lana Winterhalt's artistry is the kind that sinks deep into your soul, and intends to stay there.