To some, the idea of becoming a successful music business entrepreneur can sound a lot more like a daydream than an actual career possibility. Being successful at anything takes hard work, patience, and a willingness to learn… but what else does it take to make this dream a reality? Join us September 16 at 6PM to hear from someone who has built their career from the ground up... Doug (Dougie) Bohay, partner at YMU Group and DJ Steve Aoki’s business manager, as he shares his valuable advice, perspectives, and experiences in the music industry that have brought him to where he is today.

Born and raised in Winnipeg, Bohay started his early career in music DJing and throwing parties throughout Winnipeg in the early 2000s. This early exposure to live shows and the music industry inspired him to pursue a career in music and led him to move to Toronto in 2008 to work under famed music attorney and music executive Chris Taylor and his Last Gang empire. His early days in management had him work alongside some of Canada’s best acts like MSTRKRFT, Crystal Castles, Metric, and Nelly Furtado.

In 2014, his longtime friend Steve Aoki offered him the job of a lifetime on his management team and he made the move to Los Angeles. Currently, Bohay manages the career and all business interests of Steve Aoki  and his affiliated companies and is a partner in the Global Management Company, YMU GROUP.

Find out more about and register for Ask Me Anything: a Conversation with Music Entrepreneur Dougie Bohay! 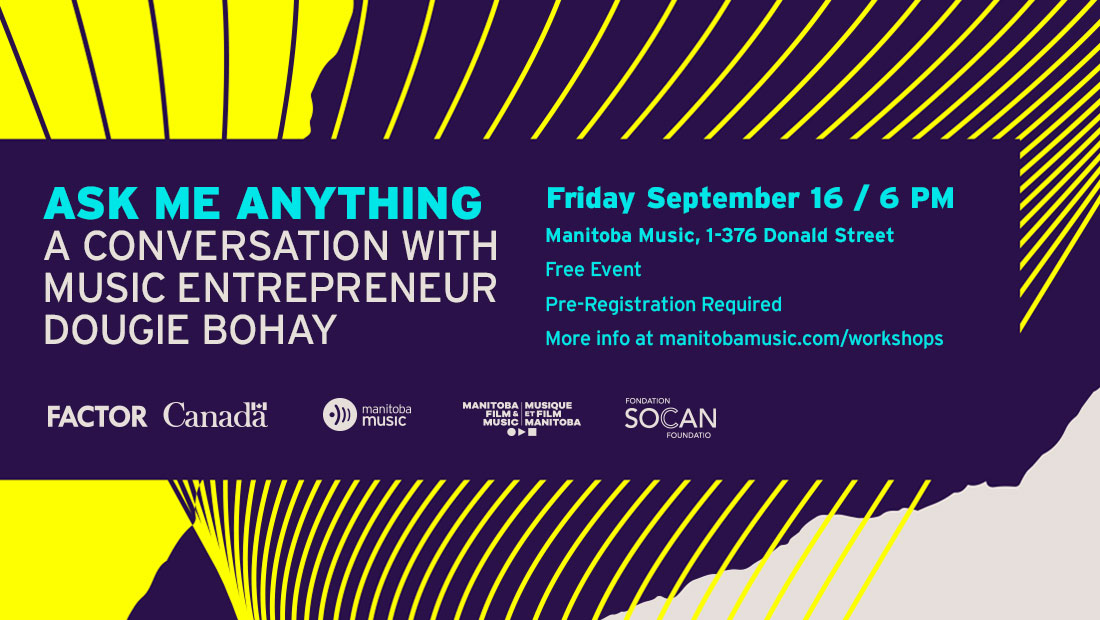